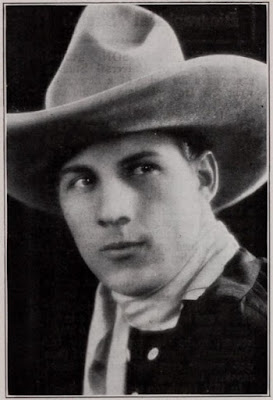 2020 is not just the start of a new year – and new decade – for Aventuras de Tom Tyler. 2020 also marks the 100th year since Vincent Markowski started making plans to leave his cozy family home in Hamtramck, Michigan, for an acting career in Hollywood. To that end, he took acting lessons through a correspondence course, which was popular at the time in order to attract fresh talent and the best-looking young men and women to young Hollywood. It seems hard to believe this event – Tom Tyler as a teenage boy receiving an education in acting – took place that long ago. Vincent was not even named Tom back then and it is entirely possible that he did not imagine what his professional name might be as an actor. But he did have the belief in himself, the work ethic and drive for ambition which enabled him to succeed as a leading man for FBO Productions, owned by Joseph Kennedy Sr. at the time.

There is a certain magic in thinking about the year young Vincent Markowski embarked upon his life ambition. It may have been a hundred years ago, but for Tom Tyler, his time has come for his earliest work in silent film to be rediscovered, viewed, and cherished. 2020 is the year for this to finally happen; all and any updates regarding these silent films from 1925 to 1929 will be first mentioned here at Aventuras de Tom Tyler. Let’s make 2020 the best year for Tom!