Note: This is the fifth part of a series of fan fiction. Please keep in mind that outside of the primary character, Tom Tyler, all others are fictional, and any resemblance to actual persons, living or dead, or actual events is purely coincidental. Screencaps are from Tom's movies and are used simply as visuals. With the usual disclaimer aside, if you would like to link back to this story and need help doing so, please contact me at aventurasdetomtyler@triggertom.com. Thank you and enjoy the story!

Joe’s mouth hung open, wide enough for a large pink-bodied dragonfly to enter. He glanced at Tim, who raised his right eyebrow, then at Bob, who rubbed the back of his right hand against his chin. Joe motioned for the two men to huddle with him and draw a plan to see who stayed with Tom while Joe and another man went to look for Julie. Joe bent down and pulled two blades of dry grass from the ground. “Pull straws. Short straw stays with Tom, long straw follows me to find out where that girl is.” Joe held onto the blades of grass firmly without breaking them. Tim pulled the short straw. 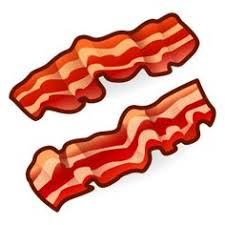 “Guess I’m Julie’s temporary replacement in looking after Tom. I’ll prepare some bacon for the two of us. I’ll keep the campfire going and make more coffee for when Julie returns. I’m sure she’ll need it.” Tim looked at Joe and Bob before casting his eyes downward, as if he could do his part to keep Julie out of the bottle. Joe placed his gloved hand on Tim’s shoulder.

“Great. If you need anything...” Joe started, Tim nodding and finishing his pal’s sentence:

“Fire the gun into the air.” Everyone in the troupe knew what to do should one of them be out of sight of the other, which has not happened until now. Luckily the sun was out, the sky clear and blue, with no sign of last night’s rain, which meant the weather was suitable for seeking out a missing person from their troupe.

“Bob, you’re coming with me. We need to find Julie. Like Tom mentioned, an outcropping of rocks. Let’s look around. I don’t think she could have gone too far last night, what with the thunder and rain. All right let’s go.” As Joe and Bob walked away from the horses and wagon, scanning the perimeter of their camp, they headed towards a rocky area located about a mile away. Tim walked over to the campfire and prepared some bacon. While the bacon cooked, he pulled out a loaf of bread and cut some slices, enough for Tom and himself. Tim worried about Julie and hoped the two men would bring her back soon so they could all eat before heading on their destination to Broken Arrow, Oklahoma, which was three hundred miles away. Tim did the math in his head while he chatted with Tom. It would take about two weeks to get there. It did not help that Julie’s disappearance was holding them up. Tim hoped they did not lose too much time in getting her back so they could hit the dirt road. Tom poked his head out the back of the wagon and inhaled the bacon and hot coffee. 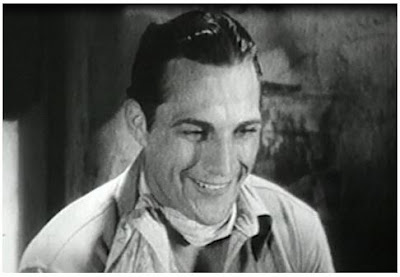 “Smells good.” Tom welcomed the smell of coffee by inhaling it. Then he tilted his cup so that Tim could see it and refill the cup.

“It’s ready, partner.” Tim made the bacon sandwiches and offered one to Tom before pouring him another cup of coffee. “Good, huh.” Tim sat down near Tom on the back of the wagon and joined him for breakfast. Tom pulled the blanket around him, while touching one of Julie’s crystals with his left hand, while holding the sandwich in his right hand.

“Purple,” Tom began, admiring the small amethyst geode. “What do you suppose Julie does with these?” His delicate brows formed a furrow. Tim glanced at Tom before taking a bite of his own bacon sandwich. She has several other rocks in her bag. Peculiar.”

“I always thought she used them, until I discovered her taste for liquor took care of that for her,” Tim replied, taking a sip of coffee. Tim’s words went right above Tom’s head, as they finished their breakfast then waited for Joe and Bob to return with Julie.

Julie awoke and crawled out from under the rocks, barely remembering how or why she had been there last night. The only thing she remembered was the rain, the temporary feeling of emotional separation from Tom. Now she pushed her long hair off her face, sighed, and sat on top of the rocks. It must have been her state of mind that made her jump up at the words “There she is!” Joe spotted her, and with Bob, raced to where she sat. “Julie! You gave us quite a scare!” Julie was so happy to see Joe she hugged him.

“Oh! I don’t remember what happened. I’m so happy to see you, Joe, and Bob.” Julie hugged Bob too, and something in him came alive. Bob’s blue eyes sparkled at her, his hands gently clasped around her arms.

“It’s good to have you back, Julie. Tom’s been waiting for you. And Tim will have breakfast for us by the time we get back to the wagon.

“Can you walk?” Joe asked Julie. She nodded in return, eager to return to the wagon and of course Tom. “Bob – help keep an eye out for invaders. I know you have your gun, I’ve got mine, but Julie doesn’t have hers.

“Sure thing. We’ve been gone for what – Fifteen? Twenty minutes?” Bob looked up at the sun to check its position in the sky. “We’ll have enough time to eat when we get to the wagon before heading out. In the meantime...”

Julie glanced around. The covered wagon was within sight, from where she could see. “Let’s hurry,” she whispered. The three of them walked in a straight path down the rocky butte towards their covered wagon. They moved quickly, and before they knew it, were within earshot of their camp. Tom saw Julie and waved to her as he smiled. Tim prepared bacon sandwiches and coffee for Julie, Joe, and Bob. Julie savored her breakfast as she snuggled up with Tom. It felt good to have the food and coffee in her stomach. The three men put out the campfire and packed up the equipment. Bob looked at Julie wistfully as she shared an intimate moment with Tom, holding the amethyst geode between her left index finger and thumb. But Julie was thoroughly lost in Tom as the horses and covered wagon continued heading west towards Oklahoma, oblivious to everything else around her at the moment.

Posted by TriggerTom at 9:59 AM