It’s in the money: Tom’s salary during his career

A common subject that often arises during a new Hollywood interest is, what kind of money did they make? Was their salary generous? Or were they barely scraping by? In the case of Tom Tyler, it is considered common knowledge among those familiar with his career that he was not an A-list star who commanded top-dollar for his film roles, even though he may have done so, had he had the right business agent.  However, Tom’s priority was his desire to become an actor, since his teen years. Chances are he never gave much though to an ideal salary, what his true worth might be as an actor, despite the fact he was one of the truly best actors in Hollywood during the mid-1920’s to late 1940’s before he became terminally ill with scleroderma. 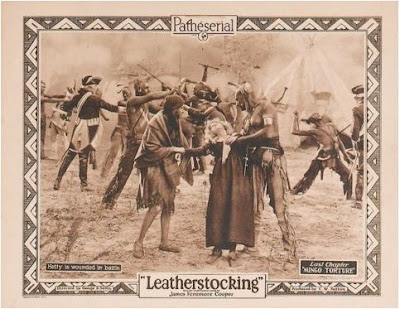 One of Tom’s first acting jobs was as a Native American in the 1924 Pathé film serial “Leatherstocking” - where he was paid $50.00 a week ($750.00 a week in 2019) according to the article “The Sucker Who Succeeded”  in Motion Picture Classic, July 1928. Billed under his real name of Vincent Markowski, it must have been an ego booster for the young man who traveled all the way from Hamtramck, Michigan only a few years earlier.  At least Tom knew he could finally make money as an actor, and that is all that mattered to him. 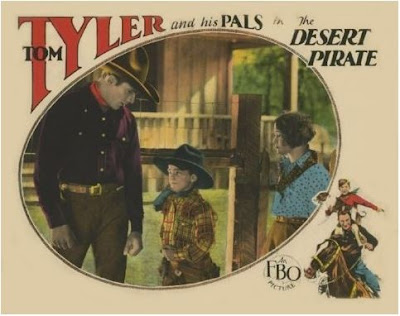 According to an article in Variety, August 3, 1927, "...the negative cost of the Tyler westerns is only 20% of [Fred] Thom[p]son's." Thomson was also paid rather generously by FBO in 1925, his contract paying him $10,000.00 a week. Joseph Kennedy sensed an opportunity for both Thomson and himself, selling Thomson out to Paramount, a competing studio. Unfortunately for Fred Thomson, he contracted tetanus and died on December 25, 1928, barely able to make better money, but at the same time, Tom Tyler proved to be a better money maker for FBO before the studio reorganized as RKO for talkies in 1929.

One of Tom’s known representing agents was Jerry G. Mayer, as mentioned in Hollywood Filmograph, December 31, 1932. Jerry was the brother of Louis B. Mayer, and both men had vested interests in Metro Goldwyn Mayer (MGM). Jerry G. Mayer also had his own production company by 1925, eventually becoming the studio manager for MGM in the mid-1930’s. The Mayer connection made sense, since one of Tom’s first documented film appearances was in the MGM (then called Goldwyn Pictures in the 1920’s) movie, “Three Weeks” in 1924, starring Aileen Pringle. Unfortunately for Tom, who was under contract with Monogram/Trem Carr in the early 1930’s talkies years, having an agent whose priority was with another studio probably did not help his career a whole lot. The other problem was, the star system was still evolving and became implemented in the 1930’s by none other than Louis B. Mayer – Jerry’s brother.  On the other side of that coin, Hollywood was also becoming very political in nature. Who you knew could make or break a movie career, as in the case of John Wayne and director John Ford. It could be that Tom was not interested in the political side of Hollywood,  considering it a job that made him happy, for he certainly loved his work, as Clayton “The Lone Ranger” Moore later attested during the last years of Tom’s life.

It would be a superhero film serial that would provide Tom not only a substantial salary but also a major milestone for his career once his contracts with Reliable and Victory Pictures ran out in the late 1930’s. Clad in a gray and gold leotard for black and white film, Tom Tyler became the World’s Mightiest Mortal in “Adventures of Captain Marvel”, released in 1941. Long considered the greatest serial ever made, Tom was paid $250.00 a week, according to his biography, “The Tom Tyler Story” by Mike Chapman, for a total of $1000.00 ($17,500.00 in 2019) - four weeks worth of working on this famous Republic film serial. 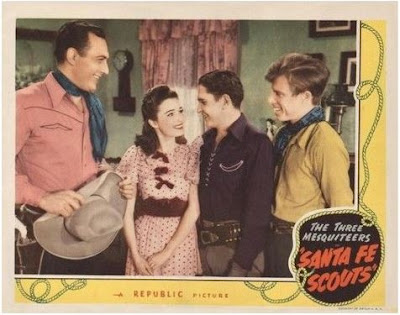 By the time Tom returned to Republic Pictures as one of the Three Mesquiteers in 1941, the first of thirteen movies he made with the famous team being “Outlaws of Cherokee Trail”, his contract was for $150.00 per week ($2,600.00 in 2019) during the first year of movies, according to The Old Corral, which also included “Gauchos of El Dorado” and “West of Cimarron”. In 1942, Tom’s salary increased to $200.00 a week ($3,150.00 in 2019) for the seven movies he made for Republic that year: “Code of the Outlaw”, “Raiders of the Range”, “Westward Ho”,  “The Phantom Plainsmen”, “The Talk of the Town”, “Shadows on the Sage”, and “Valley of Hunted Men”. When Tom Tyler made his last Three Mesquiteers movie in 1943, “Riders of the Rio Grande”, he made $350.00 ($5,191.00 in 2019) a week. On the surface this did not seem like a bad amount of money, and it wasn’t, given the fact Tom was a workhorse and did manage to stay in the business for over twenty years, and perhaps he was hoping the right agent would come along and give him the career boost he would need.

Tom Tyler was not by any means a wealthy actor, but was able to live comfortably during the mid 1920’s to mid-1940’s until his body was in the developing stage of scleroderma. By 1947, when he made only one movie that year, “Cheyenne”, multiple doctor visits between then and the early 1950’s proved costly, leaving him penniless and lack of ability to obtain contracts during the final stages of his illness. Regardless of his salary or his B-western star status, Tom Tyler left behind an impressive body of work to appreciate and remember him well.

Posted by TriggerTom at 6:18 PM