Get social with Tom Tyler

Within the last five years, Tom Tyler’s popularity has grown on social media, particularly Facebook. It may seem peculiar that even though the first dedicated page to Tom Tyler is this website’s official social media pages for Twitter and Facebook, there is a group that dates back to October 2015, almost a year after the first version of Aventuras de Tom Tyler (then called Trigger Tom)  hit the Internet. Here is a rundown on the most popular pages and groups besides Aventuras de Tom Tyler on Facebook to Like, Follow, or Join:

This is the most popular Facebook group dedicated to Tom Tyler, created by fellow fan and supporter Tony A. Corbett of North Carolina. Started on October 28, 2015 this group is an excellent place to network with other Tom Tyler fans as well as up to date news. Tony also owns and manages the Facebook group, Memories of the West, where posts on Tom Tyler are often made.

The Adventures of Captain Marvel 1941

This Facebook page has been around since 2017 and is dedicated to the Republic Pictures film serial. There are many photos of Tom here as well as the rest of the cast like Frank Coghlan Jr., William Benedict and Louise Currie.

This is one of those “Let’s Talk” pages on Twitter, dedicated to the DC Comics Shazam! Captain Marvel. Naturally Tom Tyler as the World’s Mightiest Mortal is included as a topic of discussion here.

This is the Facebook counterpart for ‘Let’s Talk Captain Marvel” on Twitter and just as active. Another great place to discuss Tom Tyler as Captain Marvel.

This Facebook page is dedicated to the Lee Falk creation, The Phantom, originally portrayed by Tom Tyler on the silver screen for Columbia Pictures in 1943. Material on Tom as The Phantom periodically is posted here.

Run by the same person who manages the Facebook page, there is always plenty of awesome photos of the superhero and Tom Tyler as The Phantom too.

Last but not least there is The Serial Squadron on Facebook which devotes enough attention to Tom for all his work in serials such as “Adventures of Captain Marvel”, “The Phantom”, “Phantom of the West” and others to be included here. 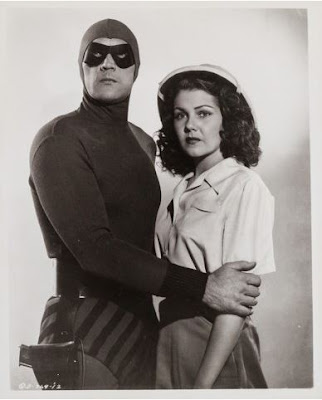 Posted by TriggerTom at 7:50 AM