First of all – thank you to everyone who has visited both this blog and aventurasdetomtyler.com since its inception in January 2015. As well, thank you to everyone who has emailed me about this site, the accolades are very much appreciated, and it’s been a long time in coming for Tom Tyler to have a dedicated website. When I first built this site, I had no idea it would become this huge. The amount of digital material accumulated was lightning fast – with thanks to Lantern Media History, Newspapers.com, international publication databases, and many other sites, including film archives here in the states plus around the world.

It could be that much of Tom Tyler’s silent film career during the mid- to late 1920’s lay “dormant” and inaccessible to the general public until very recently, which, thanks to the above named websites and databases – which have become alive with their cast members, plots, and production notes on Aventuras de Tom Tyler, along with available images of each silent film Tom made for FBO. Best of all, more of Tom’s lost films continue to be rediscovered, perhaps the biggest rediscovery to date being “Jungle Mystery” which was restored by Universal in 2016 and showcased at Cinecon 52. As to whether Universal will release this famous film serial on DVD remains to be seen although there is a better chance of another home distributor licensing “Jungle Mystery” from Universal – it’s been done before and it can be done again. 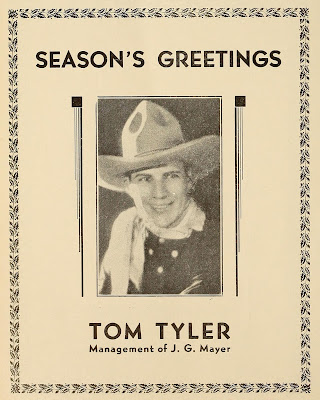 Posted by TriggerTom at 10:24 AM No comments:

Biblioteca Films, the popular Spanish-language film booklet series published by Gato Negro in Barcelona, Spain, also manufactured a set of collector cards bearing many Hollywood stars as well as European stars. It is unknown if these cards were distributed along with a film booklet, as in the way the British Boy’s Cinema cards were done so, or if these were made available separately for collectors of film memorabilia. 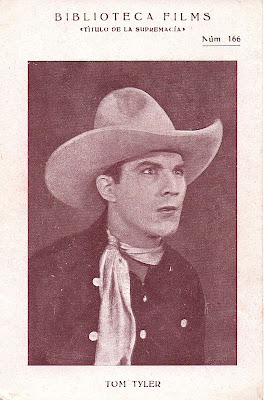 Each Biblioteca Films card is 3 3/4” x 5 3/4” in size, about the size of a postcard, but of paper-thin quality. Some of the cards in the series had an ornate border surrounding the star’s face, while others, like the Tom Tyler card, had plain, straight-edged borders. The backs were blank. Each card was monochrome in color; however, there were at least four different colors issued, with only one star per color. For example, the Tom Tyler card is antique brown in color, while the card for Aileen Pringle is red. The other two colors were black/white, and sienna. There were at least 600 cards in the series, distributed over the 1920’s and 1930’s, into the 1940’s. Each card bore the number at the upper right corner and the star’s name below the image. The number on the Tom Tyler card is 166.

Other stars who appeared on the Biblioteca Films cards are: Virginia Valli, Al Jolson, Katherine Hepburn, Douglas Fairbanks, Constance Talmadge, and Roy D'Arcy.
Posted by TriggerTom at 3:51 PM No comments:

This December 2018, Turner Classic Movies will be showing “Stagecoach” (1939) as part of its National Film Registry selections. While Tom Tyler was not the star of the movie – that title was reserved for John Wayne – Tom turned in the most compelling performance which has been critically acclaimed over the years since its release in 1939.

TCM host Alicia Malone will introduce the five National Film Registry selections starting the night of Tuesday, December 11, with the special showings continuing on Wednesday, December 12. Even for those of you who have seen “Stagecoach” multiple times or even know the movie by heart, there is something special about seeing the movie on TCM as part of an important showing – it is considered to be the greatest western of its time.

Finally, on December 12, host Leonard Maltin and Dr. Carla Hayden of the Library of Congress will reveal the list of films added to the National Film Registry for 2018.

Please check your television listings for the actual time of “Stagecoach” - enjoy the show! 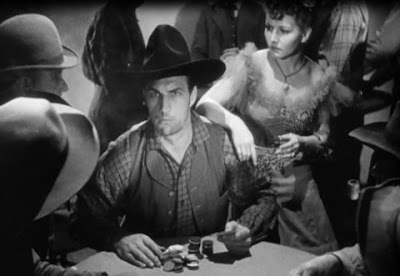 Posted by TriggerTom at 8:19 AM No comments: