Now moving into its fourth year, Aventuras de Tom Tyler remains proactive in tracking down Tom Tyler's lost films and seeking to have them restored and digitized.

The letter writing process in itself is time consuming when it comes to finding these lost films, as is the overall maintenance and present restructuring of this website. There is a reason for the recreation of the silent film pages; prior to Lantern Media History and Newspapers.com, it was next to impossible to find plot information about Tom's FBO silent films. The Library of Congress maintains and updates its list of found lost films annually, which is referred to as soon as it is available. The LOC American Silent Feature Film Survival Database is also a valuable tool and one of the first referred to in the early stages of this website. Since the inception of "Aventuras de Tom Tyler", more of Tom Tyler's lost films have been popping up. Our goal for 2019; to see these existing silent films restored and digitized. Following is the list of previously lost films:

All of the above titles are under RKO copyright; restoration/distribution by Turner Home Entertainment/Warner Brothers.

The Man from Nevada (1929) one print is at Museum of Modern Art, New York; the second, at USC The Hugh Hefner Moving Picture Archive, CA
The Law of the Plains (1929) donated to the Library of Congress from AFI; four 35mm reels of the original five reels exist: reels 1, 2, 3, 5
Pioneers of the West (1929) is owned by a private collector
'Neath Western Skies (1929) A fragment with a total length of 1225 feet (in two segments) is at the Library of Congress.

The Man from New Mexico (1932) There is a 35mm print at George Eastman Museum in Rochester, NY

Jungle Mystery (1932) (has been restored; needs to be digitized and on DVD for consumer market)
Clancy of the Mounted (1933) All 12 chapters are at British Film Institute, London, UK

Tom's Gang (1927) There was a 35mm print at Filmoteca Española, Madrid but no longer is in their collection, and there is no record of its deaccessioning.

While "The Texas Tornado" (1928) exists on DVD (Sinister Cinema), one reel from the original print is missing; a complete 35mm print is at British Film Institute, London, UK.

While "Two Fisted Justice" (1931) exists on DVD (Sinister Cinema), one reel is missing; a more complete 16mm print is at UCLA.


Please note that all film archives listed have in fact been verified as holding the above named silent films, plus "The Man from New Mexico".

A final note to all readers of this blog post: please share this post across your social media accounts, your websites (please link to this original article!), to any film collectors you know who might hold one of these lost film titles in their collections, anyone you know who is connected with the preservation departments at Turner Home Entertainment/Warner Brothers or Universal, anyone who may be interested in restoration/digitization of Tom Tyler's public domain films. It has been a long time in coming for Tom Tyler's lost films to be given a chance at survival, restoration and digitization. 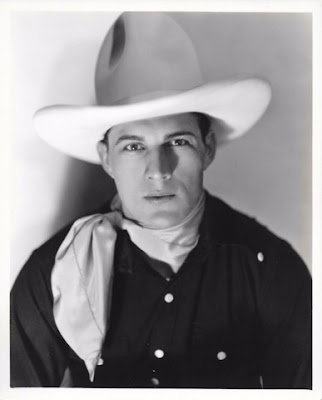 Posted by TriggerTom at 3:37 PM No comments: 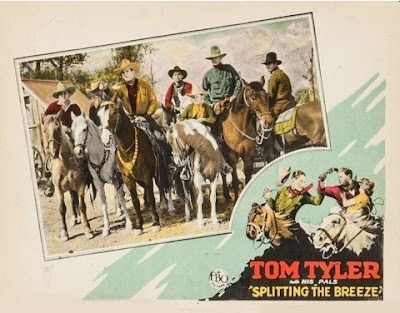 The city of Lone Pine, California is located in the Alabama Hills, adjoining the Eastern Sierra Nevada mountain range. Sometimes referred to as the Alabamas, this part of Owens Valley is the original “God’s Country”, and breathtaking to view, its rugged beauty perfect for filming any type of movie there. For almost a hundred years, this majestic land has attracted Hollywood filmmakers; of the seven movies filmed here that Tom Tyler appeared in, only one was a non-western, “Samson and Delilah” (1949). From a geologic standpoint, this region is diverse, containing enormous granites, glaciers, faults, and earthquakes which create a changing landscape over time. The Alabama Hills are the result of an earthquake that took place back in 1872. From a distance, one can marvel at the red and purple hued mountains with their snowy peaks climbing past the clouds. The highest peak of the Alabamas is 5,354 feet, the terrain a challenge to navigate. More often than not, filmmaking cast and crew had to travel on horseback and caravan during the early years of movies made at Lone Pine Studios. The first movie filmed at Lone Pine was “The Round-Up” (1920) starring Roscoe Arbuckle and Wallace Beery.

Nowadays Lone Pine also serves as a recreational area for camping, hiking and other outdoor activities, in addition to filmmaking. There is also a museum, Museum of Western Film History in Lone Pine which contains a rich history  that all fans of westerns will appreciate. The Lone Pine Film Festival is held every October around Columbus Day, showcasing movies and is open to the public.

Following is the complete list of films Tom Tyler appeared in which were made at Lone Pine Studios:

Posted by TriggerTom at 11:49 AM No comments:

As with Spain and Hungary, Brazil has a fond spot for Tom Tyler in its film history and his association with the American west. Not to mention the idealized hero that Tom was so well known for portraying on screen. Special attention is given to Captain Marvel and The Phantom, the two superheroes Tom played in film serials, given the popularity of American comic book culture in Brazil. For example, an article on The Phantom as a superhero appeared in O Estado de São Paulo, July 18, 1996 and another full page article on the DVD release of the film serial appeared in O Estado de São Paulo, July 31, 2004. Another article on Captain Marvel appeared in O Estado de São Paulo, June 23, 2001. So while Brazil may seem far away, it is in fact very close to home when it comes to American film and popular culture icons like Tom Tyler. The publication Cinearte is one of Brazil’s most popular film magazines, and is well known for publishing photos of the stars which are not often seen in United States publications – a few examples are included with this article. Some of Tom's silent films were shown well into the 1930's in Brazil, such as “The Avenging Rider” and “Pioneers of the West”. It remains unknown if any of these silent films exist in Brazil, if they do, they may be in the hands of a private collector. With thanks to Adorocinema and Biblioteca Nacional Digital Brasil, here is a list of Tom Tyler films in Brazilian Portuguese: 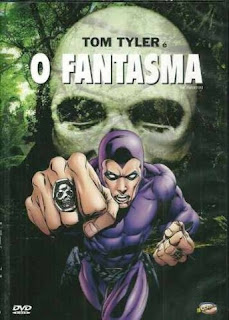 Posted by TriggerTom at 9:42 AM No comments: